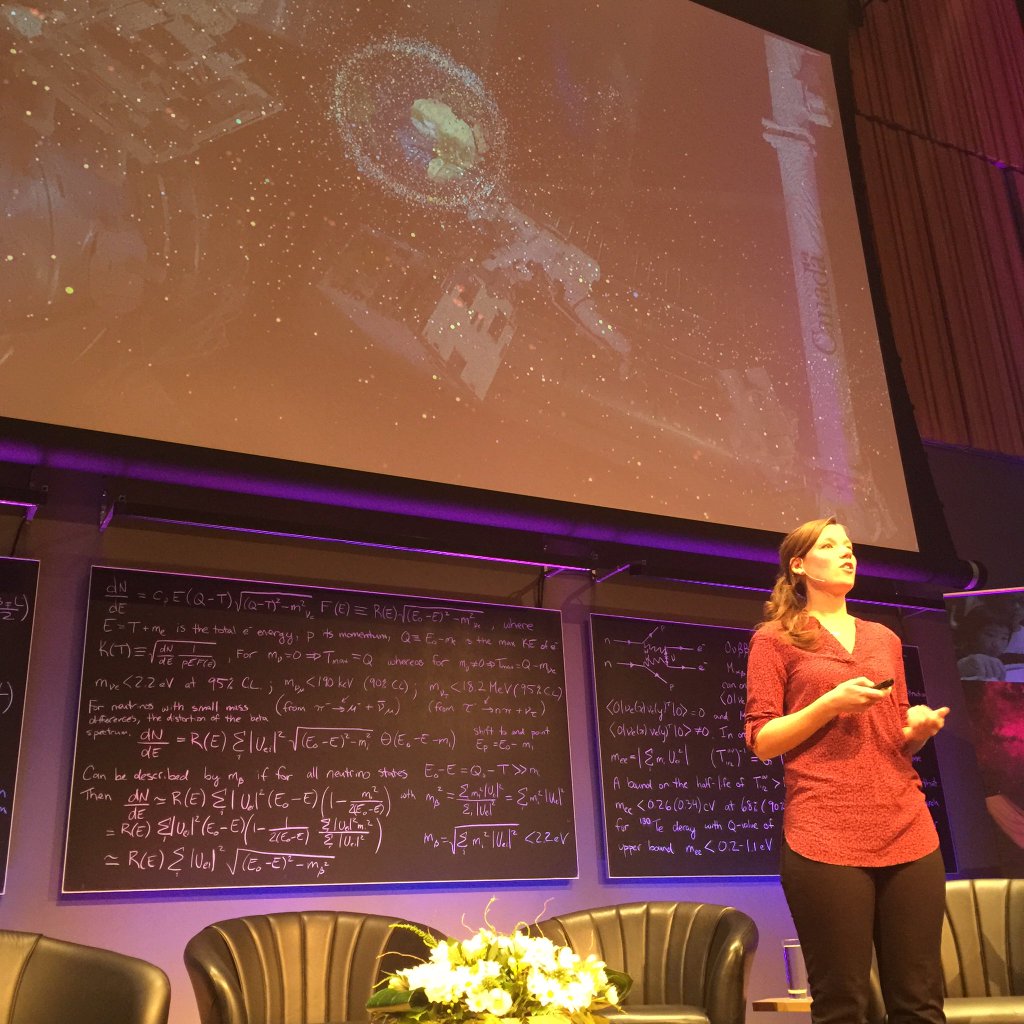 This post is slightly delayed but I wanted to share an amazing conference I spoke at a few weeks ago, at the Perimeter Institute for Theoretical Physics. The Perimeter Institute hosted an inspirational half day conference in April to bring together like minded young women with a strong interest in science and expose them to the rewards, challenges and possibilities of a career in science.

It was truly an inspiring day and the enthusiasm and excitement from the attendees was electric! The Inspiring Women in Science event also coincided with an announcement from Canadian Prime Minister Justin Trudeau.

My keynote kicked off the event, where I shared my stories about persevering to land internships at NASA, driving a solar powered car across North America, and now working on space robotics. I had the pleasure of sharing the stage with inspiring computer scientist Sage Franch a.k.a TheTrendyTechie and Virginie Hotte-Dupuis from L’Oreal Canada, who spoke about the For Women in Science program, which recognizes the contributions and research of women researchers creating positive change.

The attendees also had the opportunity to interact with panelists – Varuna Prakash, Giana Houwer, Jessica McElhone, and Mina Arvanitaki. There was engaging conversation and so many great questions from the girls ranging from how to succeed in a non-traditional field, to mentorship, and how to find your passion in STEM. The formal events were followed by round-table networking in the Perimeter Institute atrium. Our conference was briefly put on hold to attend a press conference for Prime Minister Justin Trudeau’s announcement of a $50 million grant for the Perimeter Institute. The audience was electric and excited to receive a national commitment to science in Canada. Upon resuming the conference, the Prime Minister briefly stopped by to provide a few words of wisdom. The most memorable comment was in reference to the speakers in that “these aren’t women whom happen to be scientists, these are scientists whom happen to be women.”

Given my passion and advocacy for inspiring women in STEM, participating in this event was a privilege! Sometimes seeing a simple photo or hearing a story can light a spark and inspire young people to consider careers they might not otherwise have known about — you cannot be what you cannot see. This is why it is so critical for women in STEM to share our positive stories about why we love working with technology. Thanks to the Perimeter Institute for including me in this event and providing a platform to encourage young women to embrace challenge and dream big.

P.s. we even left notes for Mr.Trudeau in the green room describing positive change we want to see in our world!

Just sliding this photo into your feed too on the 30th anniversary of Roberta Bondar's spaceflight - a trip that saw the first Canadian woman travel to space. Not entirely sure why I decided I wanted to be an astronaut but I do know it was kinda cool to read about an amazing person who had traveled to space and that I wanted to do the same.
Kinda rad to check out all the places you traversed by foot each day but from an entirely different vantage point. Hike paddle repeat on this multisport trip.
Satisfaction.
%d bloggers like this: