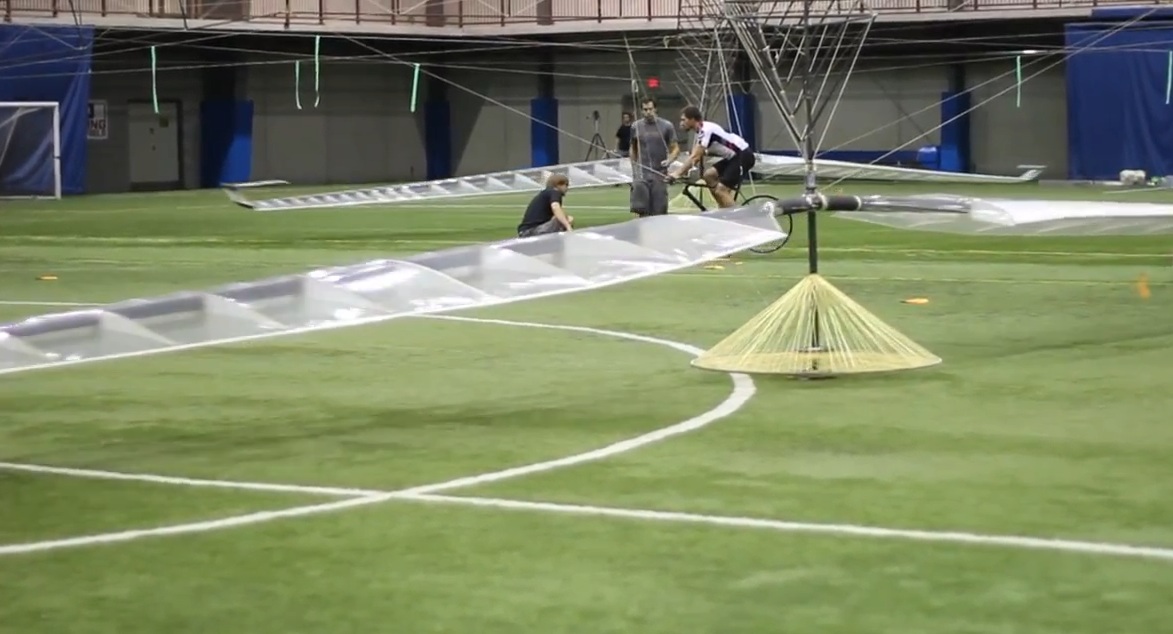 I previously posted about a few friends who are building a human-powered helicopter, with their sights set on the AHS Sikorsky Prize.

“The Igor I. Sikorsky Human Powered Helicopter Competition was established in 1980 by the American Helicopter Society (AHS) International to develop the first controlled flight of a human-powered helicopter that meets a set of extremely challenging requirements. In summary, the requirements to win the AHS Human Powered Helicopter Competition include a flight duration of 60 seconds and reaching an altitude of 3 meters (9.8 ft) while remaining in a 10 meter (32.8 ft) square. The flight must be certified by a representative of the Fédération Aéronautique Internationale.

The AHS competition was named in honor of Igor Sikorsky and the current prize purse of $250,000 is pledged by Sikorsky Aircraft Corporation. The prize has not yet been won as of August 2012. The competition is international and is open to individuals or teams from any part of the world.”

The group has made improvements and adjustments to their design over the past many months and are ready for another testing attempt on Friday, January 25th.